You start your business with a simple idea. An idea that you can’t stop thinking about because it’s a problem that needs to be solved. Next, you convince a few other people with the skills you need that your fledgling business that has zero traction or revenue is something you should all commit to for the foreseeable future. Now that your founding team in place your business is ready to launch.

Now comes the real test. Will an investor that sees hundreds of ideas like yours a month think your team deserves their money? They know that seed stage investments have an 80% failure rate, especially among first-time entrepreneurs. For them to invest they need to love your idea, and more important, your team. They must believe in your idea so much that they believe your startup will make at least a ten-time return on their investment. This type of return will make up for the 80% fail rate of the other companies they invest in. Your startup needs to be a good enough idea that the angel investor or venture capital firm believes it has unicorn potential.

Angel investors and venture capital firms vary greatly in their experience, track record, how they do business and the type of startups they want to work with. You will most likely need to meet with as many as possible to receive funding but if you are in an envious position and can pick and choose who to meet with here are some of the best ones in NYC. 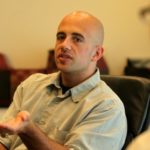 Charlie is the founder of Brooklyn Bridge Ventures, which manages $23 million across two funds, leading or co-leading investments of around $350,000 in New York City companies that have yet to raise $750,000 in prior rounds. Brooklyn Bridge Ventures is the first venture capital fund based in Brooklyn, NY. Conversations often start pre-product and pre-deck, and the fund invests in a wide variety of sectors.

Fred is the founder of Union Square Ventures, a New York-based venture capital firm, that manages assets totaling $1 billion. The firm has had a billion dollar exit every year since 2011 including Zynga at 7.7B, Indeed at 1.4B, Tumblr at 1.1B, Twitter at 14.2 B, Lending Club at 5.42B, Etsy at 1.7B and Twilio at 1.2B. Additionally, Fred is well recognized as one of the best venture capitalists in the world, has acquired a celebrity status in the tech world stemming in part to his blog AVC.com.

Jeffrey is the Evaluation Committee Chairman at ARC Angel Fund who invest in seed and early-stage companies with high growth potential. They focus primarily on Software, IT, the Internet, Tech-Enabled Services, Business Services, Digital Media, Mobile, Healthcare IT, among others. The Fund has a primary focus towards NYC and the surrounding North-East and Mid-Atlantic area companies. ARC Angel Fund invests in industries with which its members have experience, with investments averaging $50,000 to $250,000, each, over the life of the investment.

ARC Angel Fund is a member-led Angel Fund. An Angel Fund is, in essence, a hybrid model between an Angel Group and a Venture Fund. 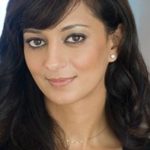 A technology veteran with over 20 years as an entrepreneur and VC, Jalak founded FuturePerfect Ventures in 2014. She has invested in over 80 early stage companies over the past 15 years, resulting in several multi-billion dollar acquisitions and IPOs. Previously, Jalak was a director at Omidyar Network managing mobile investments in emerging markets and Senior Vice President at the New York City Investment Fund where she launched a seed tech fund and the Fintech Innovation Lab.

She was also at Intel Capital in Silicon Valley from 1999-2003, on the founding team of a web startup in 1997, and a tech/media/telecom investment banker at Lehman Brothers in NYC and London. Jalak has served on multiple advisory boards for the White House, NYC Mayor’s Office, and the US State Department, and serves on the Board of Directors for the Center for an Urban Future.

David is the Co-Founder and Chairman of Spring and is a Managing Partner of Box Group, a New York City based seed-stage angel capital firm. Box Group has invested in over 130 seed stage technology companies including Blue Apron, BarkBox, Vine, Handybook, DataMinr, Warby Parker, Harry’s and Behance. David also Co-Founded

David also Co-Founded TechStars NYC, where he served as Managing Director. Before TechStars, David served as Executive Vice President of Interactive Strategies at KGB, where he founded and lead Knowmore.com, a social aggregation startup within KGB. David was named to NYC Mayor Bloomberg’s Advisory Council on Technology and serves on the Investor Board of Venture for America. David works with Wharton’s Entrepreneurship Program and on the Entrepreneurship Board at NYU. David likes to work with really interesting teams working on big visions with deep beliefs in the market they are attacking. 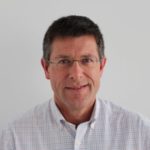 As the Founder & CEO of Lucas Point Ventures Adam invests in and advises early stage companies. His focus is supporting diverse management teams.

Investments include The Muse, Glassbreakers, Venuebook, Pinks and Greens, Snaps, Rapt Media, Hire an Esquire, Tactile Finance, Validately, and NMRKT. He is also on the Board of Pinks and Greens and serves as an adviser to a number of companies as well as Chicago-based techweek.

In 2014 Adam served as Chief Financial Officer of leading NYC based cyber security company NopSec, another one of his investees. He is also an adviser/mentor to several groups including San Francisco-based Astia, Boulder-based MergeLane, New York-based 37 Angels, Menlo Park-based Women’s StartupLab and LA based Vinetta Project. In 2014 Adam was named by AlleyWatch one of “25 Angel Investors in New York You Need to Know” and also one the “100 NYC Tech Influencers You Need to Know”. In 2015, he was featured in Tech.co as “One of 8 VCs Making Waves” and in 2016 was named as one of “26 great people spearheading change in tech investment” by Silicon Republic.

He is an Executive in Residence at Hewlett Consulting Partners (HCP) a boutique consultancy, founded in 2009, focused on helping companies leverage top talent across the divides of gender, generation, geography, and culture. As a part of the HCP management team, his focus is on business development and offering expansion opportunities for the firm. That includes advising the management team on the enhancement of the firm’s product and business development activities, strategic partnerships, and digital offerings.

Adam has 25 years of global investing and management experience and, with the help of many great colleagues, was fortunate to be a top ranked sell-side investment analyst in all of the US, Asia and UK. 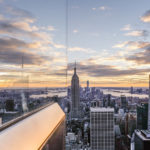