Why So Many Israeli Tech Companies Are Coming To NYC

Israel has been one of the top startup hubs in the world for some time now. Last year Israeli startups had $15 billion in successful exits. An incredible amount compared to the size of their country which has a smaller population than New York City.

20 years ago in the 90s the Israeli government began implementing a plan to make Israel an attractive place to start a business. The most effective achievement they created is the government’s Yozma plan.

Quite an attractive offer for a venture capitalist or angel investor knowing that any money they put into an investment will be doubled. You can imagine if you’re trying to decide between investing into a startup in Israel or into a similar startup in a different country. Knowing that your investment will be doubled makes the odds of a successful retu 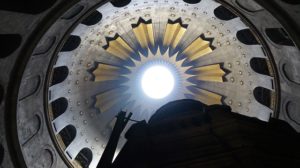 This makes early-stage Israel businesses much more likely to give you a 10x return on your portfolio if you’re investing internationally. The bottom line that VC’s are looking for.

South Korea is smaller than the state of New York with little in the way of natural resources. A hard working culture, South Koreans put in some of the longest hours in the world. This has bled over into startups and they have become a hub for tech and innovation. By implementing their version of the Yozma plan the country is poised to join the other startup leading hubs around the world.

India, containing 18% of the world’s population is the next China. They have already recently transformed the way the world does business by being a pioneering country in outsourcing. Outsourcing has changed the way the world does business and has started nudging everyone in the direction of a global economy. A global economy seems like it will someday be inevitable now that we are all connected online and borders suddenly seem less important than any time before in history. By implementing the Yozma plan in India early-stage companies are doing exceptional things.

New Zealand, Australia’s funky cousin is filled with friendly people, countless outdoor and adrenaline seeking options. New Zealand is a country that everyone seems to love. Now that they are rolling out their own version of the Yozma plan they are beginning to attract entrepreneurs, angel investors and venture capitalists internationally. An attractive offer for English-speaking entrepreneurs that are looking for greener pastures both figuratively and literally.

In addition to being a global pioneer for foreign venture capital by creating the Yozma plan, Israel has also made it inexpensive and easy to start a business within one day. This is similar to the U.S. but the amount of countries that make it fast and keep the red tape costs low to start a business are few and far between.

Why Move to NYC?

What we have found is that while Israel is one of the best place in the world for early stage startups once your business hits the next phase of growth and you begin to become a mid-sized corporation moving to NYC begins to have its advantages.

Staying in Israel is also a viable option but the vast array of benefits of moving to New York City is something that many Israeli startups decide to take advantage of. The United States is arguably the largest economy in the world and with the political ties, the United States and Israel have it’s usually an easy decision to pick the US over China for most Israel startups.

The biggest reason why companies move is that it’s easier to attract talent in NYC than in Israel. One in three engineers in Israel wants to move to the United Sates. Imagine if your company started in Israel, moved to New York and is currently looking for three engineers and your direct competitor that is in Jerusalem is in the same scenario. You both interview twenty-one talented engineers. Seven of them already want to move to the United Sates putting you at an advantage for hiring top talent. This doesn’t even include all the talented locals in New York that you can also begin to tap into.

This is only one of many similar scenarios. You can begin to see the advantages of moving to New York City for a business that is past the early stages and is beginning to hit its stride. This is a big decision that is made once, and after the decision is final there is no looking back.

Deciding on moving to New York or not is something that has given countless Israeli founding teams sleepless nights. The men and women that created these companies have their friends and family at home and there are plenty of financial benefits to staying in Israel. For founding teams in Israel that are experiencing tremendous growth moving to New York is an easy decision for a small percentage of them. The pressure is going to come from investors when they begin to look into raising a series A or series B round of investing. The advantages of moving to New York will have definite benefits that the founding team will have to consider. Pressure from investors and the benefits that could outweigh staying at home are usually the deciding factors. A popular option that many startups choose is that they move the company to NYC but leave their company headquarters and official address in Israel.

Transitioning To The U.S.

An easier trip to manage than moving to the West Coast, New York currently has at least 289 Israel startups based in Manhattan compared to 100 in all of California. You can view them all at Israeli Mapped in NY.

Another business that was created to help with the transition from NYC to Israel is ICONYC labs.

A first of its kind acceleration program for early-stage Israeli tech startups to help them become successful global companies. 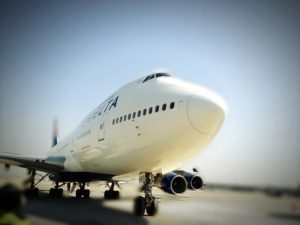 Over the course of four months, ICONYC labs partners with innovative Israeli tech startups to help validate and grow their businesses in the most capital-efficient manner. They do this by focusing on intensive mentorship, business and funding acceleration, and operations support.

Israeli Startups NYC is the largest Israeli-American tech community in New York City. They are also working on building a bridge between the two tech capitals and connecting startups, investors, and local partners.

With over two thousand members in their community and over two hundred visitors at each of their events, Israeli Startups NYC has positioned itself as the first stop for anyone who wants to learn about Israeli tech. They bring influential people in the Israeli-American tech ecosystem; anything from startup founders, to venture capital investors and keynote speakers.

Lee Rubin is the Founder of Wekudo, a company that helps you discover unique workplace activities and corporate events that fit your company’s culture, goals, and budget.

Their clients are not just everyday companies; they’re companies looking to make a difference. They want to make sure their team is stimulated with fun, excitement, and inspiration. Wekudo’s mission is to inspire happiness at work.

Connatix is a complete native advertising solution for both advertisers and publishers looking to display branded content across web and mobile media properties in a real native way. They understand that publishers want their ad revenues to increase, while advertisers want their ROI’s to increase; and for both parties, user engagement is the key to success. Their platform allows publishers to easily create native ad placements, and their marketplace connects them to thousands of brand stories from a variety of premium advertisers. Real-time matching ensures that only the most relevant content is displayed to each individual user.

StartApp was founded in 2010 with the goal of consistently developing and providing the most innovative and effective mobile solutions for their partners. With their unique social data platform, partners can now craft a comprehensive, detailed picture of their users in order to optimize and successfully execute all of their overall mobile strategies.

Check out this Meetup Group →