Once a month we like to share all of the biggest commercial real estate news in NYC. Thanks to the Brexit NYC passed London as the world’s top CRE Destination. Linkedin might have the best office amenities in Manhattan. NYC real estate is beginning to become too pricey for restaurant owners, AirBnB loses a major battle and more in our monthly top 10 below, enjoy! 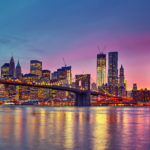 The Big Apple overtook London in that category over a 12-month period ending in June, according to a Cushman & Wakefield report cited by Bloomberg. Foreign investors spent around $25 billion in New York properties over the period. Meanwhile, foreign investment in London fell from $39 billion a year earlier to just under $25 billion amid fears that Britain’s vote to leave the European Union could damage the property market.

A whopping 467 million people in over 200 countries use LinkedIn to make professional connections and scout out new opportunities. In many ways, the company — which Microsoft purchased for $26.2 billion over the summer — has become an integral part of everyone’s careers.

But what is it like to actually work at LinkedIn — the 9,200-person company with a market capitalization of $23 billion?

We decided to find out by visiting LinkedIn’s Manhattan office, which is located in the iconic Empire State Building in the heart of New York City.

A look inside $23 billion LinkedIn’s New York office, where employees enjoy perks like free gourmet meals and a speakeasy hidden in the Empire State Building

A strong advocate for commercial real estate technology and innovation, JLL has joined forces with Massachusetts Institute of Technology (MIT) to create a comprehensive commercial real estate database for the city of New York. As Founding Industry Partner of the MIT Center for Real Estate’s newly established Real Estate Innovation Lab (REIL), JLL wants to help determine the future of communities and cities by identifying innovations in design and technology.

“This synergistic partnership brings together two leading real estate organizations that share a passion for innovation,” said Ben Breslau, JLL’s Managing Director of Research. “We look forward to engaging with the brilliant minds at MIT to support future research and collaborate to create a better future.”

Restaurants Getting Priced Out

The New York City restaurateur’s perennial lament — that staying afloat is tougher here than anywhere else in the country — grows louder each time another restaurant closes. Rents are astronomical, the complaint goes; wages are rising, regulations are byzantine, and don’t even talk about the price of fresh produce. 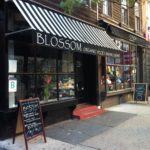 But is it true? Is New York any less hospitable to independently owned restaurants than other big cities?

Recent figures suggest that it may be: The number of independent restaurants in the city fell 3 percent from March 2015 to March 2016, slightly more than the 2.7 percent drop nationwide, according to the NPD Group, a market research firm that tracks consumer spending.

Finding more conclusive evidence, though, isn’t easy. Privately owned restaurants don’t have to divulge what they spend. Lease terms are guarded like the contents of national security briefings.

Is New York Too Expensive for Restaurateurs? We Do the Math

On top of its successful courtship of Eastdil Secured mega brokers Doug Harmon and Adam Spies, the firm also brokered six of the 10 largest office leases of the month, including the largest, Random House Penguin’s 630,000-square-foot renewal at 1745 Broadway.

Using CoStar Group data and our own analysis, The Real Deal put together a list of the 10 biggest lease deals inked in September.

Spotify is moving their company headquarters from Stockholm to NYC. They are looking to move from Sweden to the U.S. to easier attract top talent. The music giant is one of the top startups over the last decade currently worth eight billion and has a rumored IPO coming soon. They are looking for a 350,000 square foot office in Manhattan, doubling the size of their current space in Chelsea.

The keynote speakers for the first ever MIPIM PropTech Summit. Among the speakers are Deputy Mayor for Housing and Economic Development Alicia Glen; Brad Hargreaves, Co-Founder & CEO, Common; Paul Massey, President, New York Investment Sales, Cushman & Wakefield, and William Rudin, Vice Chairman & CEO, Rudin Management Co. Each is expected to speak from their unique perspective of government, RETech and traditional real estate about the impact technology is making on real estate in New York and globally.

A special highlight of the MIPIM PropTech Summit will be the first-ever North America stop in the Global Start-Up Competition Series, which provides start-ups with an opportunity to meet investors, developers, financial companies, media, analysts and other key influencers as the real estate tech industry continue to gain momentum. The winner of the competition will compete against start-ups from stops in London and Hong Kong and will qualify for the final competition at Reed MIDEM’s MIPIM event in Cannes, France.

It was never going to be easy for Airbnb in the Big Apple. The city’s history of housing shortages has long been marked by fighting the major part of Airbnb’s business model—renting apartments as hotel rooms.

Airbnb follows the ideology of digital disruption, arguing its service is just too practical and attractive to be crippled by regulations. It also wields a massive wad of investors’ cash.

Yet, after some lobbying, mostly by the hotel industry, state legislators have clamped down on Airbnb. On Oct. 21, Gov. Andrew Cuomo signed a bill making it illegal to even advertise rentals of fewer than 30 days if the permanent occupant is not living there too. Fines can reach $7,500.

Last month, Tishman Speyer filed plans for the Spiral, a 2.2 million-square-foot office tower planned for Hudson Yards. The skyscraper’s name is a reference to the building’s design, which features step-like terraces that wind around the building and look as if they were carved out of the sides of the tower.

Tishman tapped Danish architect Bjarke Ingels to design the building in February, but plans weren’t filed until September, making it the largest new development proposed through permit applications last month, according to data compiled by The Real Deal and PropertyShark.

The biggest projects proposed last month are mostly planned for Manhattan, though the second-largest was a pair of mixed-use residential buildings in Flushing, Queens. Wing-Fung Realty Group is behind that that project, which will include two 19-story buildings at 131-02 40th Road that together span more than 550,000 square feet.

Here are the top ten biggest new developments proposed in September, according to permit’s filed by the city’s Department of Buildings:

Companies are cutting down on both the size and number of private offices, squeezing in more people through “densification” into large open rooms, and then having small breakout rooms, food areas, telephone quiet areas and conference rooms. 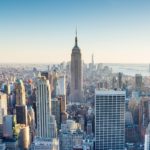 “The jobs being added are not the senior banker in a corner office,” says Matthew Barlow, executive vice president at Savills Studley. “It’s someone working on a bench at Facebook.”

While benching is not the endgame, the options for a new workplace are, observes Marcus Rayner, vice chairman of Colliers International. “They will have a choice in the environment in which they work: home, cafés and different work settings,” Rayner says. “The nature of work has changed and it’s much more collaborative.”

In the past, building owners would take a floor, and create a few smaller prebuilts. But Brian Waterman, vice chairman at Newmark Grubb Knight Frank, says, “Tenants would rather pay a higher rent for built space than pay a lower rent and build it themselves.”